(That was the sound of the Champagne cork letting fly)

That's about as far as that goes as I can't stand the fizzy white stuff, it can just bubble about and go flat! Besides that, the sentiment is there. I finished my first draft yesterday afternoon, during the very wet British bank holiday.

I've ended up with 81,500 glorious words (glorious, maybe?). I've now got the pleasure of my first edit to whittle the word could down to between 70,000 and 75,000. I've also got to make sure the story makes sense, as I think I mentioned before that there was a change of direction, which I think I covered up successfully, but need to re-read it to make sure. There's also the issue of continuity, I have a feeling there will be bits that make no sense.

That's what first edits are for ... right?  I can't remember where I read this quote, I think it might have been Terry Pratchett:


"The first draft is just you telling yourself the story"

This will be the last word count chart with the numbers increasing, the next ones will have fewer words and negative Word Change values. 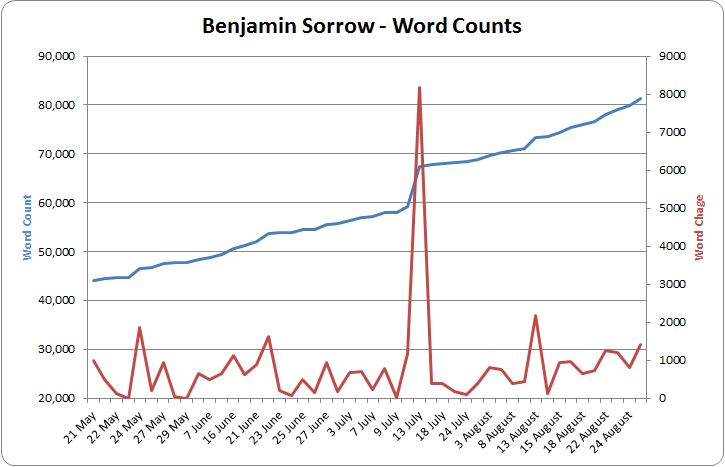 I printed out the first draft at work (thanks to my boss for letting me use the office printer!). So now I can sit and read it, edit it, throw it in the bin etc. 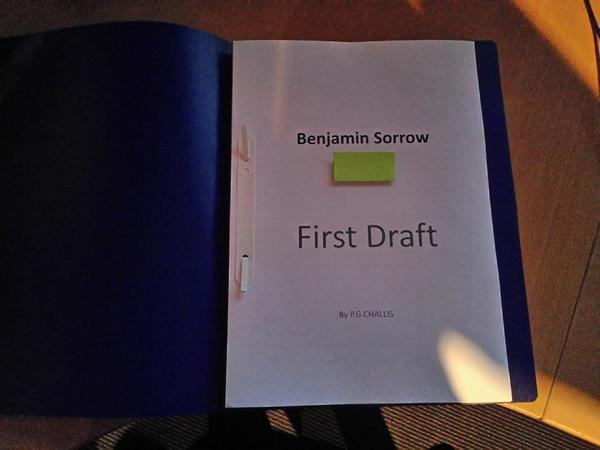 My review of the new QuietOn Sleep earplugs

A few years ago I purchased a pair of QuietOn noise-cancelling earplugs from an Indigogo campaign. They work really well and I still use them today. The main problem with them is that they are too large to sleep with. This was the main reason for buying them, to cut down on snoring noises from our dog and "other family members". I soon realised that I could sleep with just one earbud in, the ear that is not pressed into the pillow, but this only has an effect that is good for blocking outside noises (meaning the local cockerels and dogs). The reduced effectiveness is too much to handle the low-frequency sounds associated with snoring. Enter QuietOn Sleep, the new, improved earbuds (that were a little overdue) that promised to be designed for sleeping. The company had taken all the comments and criticism from the first product and produced a unit that was even smaller and had better acoustic properties. This seemed like it would be ideal, and I looked forward to the day th
Read more

March 08, 2016
Almost there! The quality control copy of the manuscript has been back and forth to the editors a few times in the last month, and that's it ... done! We've sorted out the blurb for the back cover too. By the end of next week I should have the manuscript back again with all the formatting changes to approve, which means there's a proof copy of the book on the horizon. Very exciting stuff!
Read more